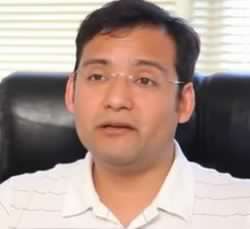 A Young Honduran reveals his Jewish roots and changes his life

The story of Libny Ventura Lara

"While I was studying architecture at the University of Honduras, a teacher in one of my history classes told me that my last name was possibly of Sephardic origin", recalls Libny Ventura Lara, currently a PhD history student at the University of Haifa in Israel and author of the books " The Crypto-Jews in Honduras (UNAH, 2008) and "The Lineage of the Laras of Honduras" (IHAH, 2009).

The teacher who planted the first seeds of suspicion about possible Sephardic ancestry was the trigger of a comprehensive and exciting genealogical study. "I started investigating and found families named Ventura in Portugal, Brazil, Spain, France, Italy, Turkey, Israel and the island of Rhodes where the Nazis persecuted people with that surname, so I discovered that the name had a lot to do with the Jews".

His growing curiosity and drive to discover the true roots of his family naturally led him to his parents " But they did not want me to say anything. Finally, a cousin of my grandfather named Ventura Israel confirmed that our family came from the Jews".

From this point on, life began to change for Libny. "I went to libraries and archives and prepared a family tree of my family from the late 18th century, and this study became my first book. As part of the investigation I went to the synagogue in the Capital where I was greeted by Don Alberto Mottola. He asked me what my name was, and when I replied 'Ventura', he told me they have friends in the Miami Sephardic community with that name. From that moment on, all doors were opened to me."

Libny shares his emotions after his first encounter with Judaism. "After researching and coming closer to Judaism I felt that my life was taking a new direction. It felt like the start of a whole new life. When I entered the synagogue for the first time it was very strange. On the one hand, I was fearful about going, but at the same time I felt something very special because I knew that part of me – my family – was connected because many years ago they had practiced Judaism. I felt I was uncovering a part of me that was buried."

The approach to Judaism led Libny to the question whether or not to complete the process he had started and officially convert to Judaism. "It was not something I had planned. At first I wanted to be recognized by my Jewish ancestors and didn't understand why I had to undergo a conversion process since my family had a tradition of marrying each other, intermarrying cousins. But I realized that we do not live in utopia and I needed to undergo conversion to be recognized as a Jew by the State of Israel. Finally, someone put me in touch with a Rabbi from Kansas City with whom I was in contact for years."

"I decided to make Aliyah (emigrate to Israel) because I felt that since Israel is the land of my ancestors, that is where I have to be. After researching my family roots, making Aliyah was the first decision I made. I arrived in Israel on my birthday and it was the best gift I ever received".

"My life has changed a lot in the past 13 years. I thought I would be living my life as an architect in Honduras and here I am, far from the country where I was born, studying towards my PhD in Israel. I hope the process I underwent can be useful to others in a similar situation who can discover their own heritage. By doing so, I feel I am bringing justice to my Jewish ancestors".